Expecting The Unexpected - 2020 Year in Review 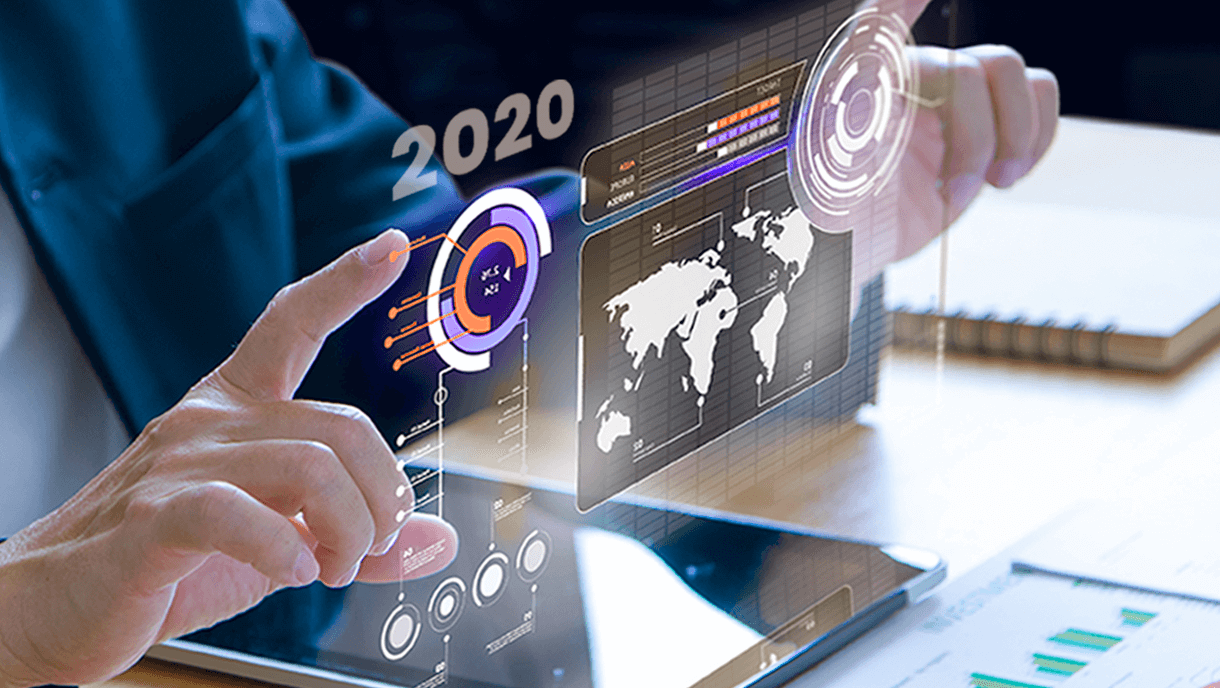 Like other industries in 2020, the recruitment advertising sector experienced its fair share of upheaval. As we look back on the year that was, now is the time to dive into the data and get a clearer picture of the dominant hiring trends over the past twelve months. Despite the close integration of the Canadian and U.S. economies, the metrics above revealed some surprising differences in hiring in both countries during a year dominated by COVID-19.

Throughout the first quarter in the U.S., job inventory was stable. But once the pandemic started wreaking havoc in Q1, it also disrupted the online recruitment industry. From March to May, inventory dropped by 24%. Despite wrestling with both economic uncertainty and a public health crisis, U.S. jobs inventory rebounded, returning to Q1 (or, pre-pandemic) numbers by Q3. This climb turned into a surge by late Q3, with a record 21% more job seeker interest compared to the first quarter. This increase continued into the fourth quarter.

Perhaps not surprisingly, the average price per click on the site went up as job seeker interest and inventory rose. Early Q4 showed a PPC increase from $0.28 to $0.46, compared to the first quarter.

In Canada, despite the economy’s stops and starts, job inventory on the site remained consistent throughout 2020.

The Job seeker interest metric in Canada was similar to the U.S., but with some notable differences. After stable interest in the year’s first quarter akin to the U.S., the Canadian site saw a steeper decrease - 34% - in job seekers’ clicks from March to April. However, the Canadian metric saw a quicker bounce back in job seeker interest beginning in Q2. This climb culminated in early Q4 with a 78% uptick compared to its lowest Q2 level.

Mirroring job seeker interest, the Canadian site had its highest PPC in early Q4, when it rose from $0.19 to $0.26 in comparison to the first quarter.

The overall picture in 2020 is complex across North America, due to the pandemic and the differing numbers emerging from the U.S. and Canada. Taking a deeper dive into the data from both countries will shed more light on these differences. As COVID-19 loomed so large, a more granular look at titles across both US and CA, specifically Remote/Work from Home, Warehouse, and Customer Service Representative, will present a fuller picture of 2020’s most significant trends across North America.

Why these positions? They explain a lot about how the nature of work changed this year. With so many of us sequestered at home, the already popular e-commerce sector exploded, as people quickly pivoted to working from home and ordering for delivery everything they needed. This explains the huge increase, at least in Canada, of employers looking for more remote workers. Warehouse workers were needed to handle the increase in e-commerce, as well as customer service representatives to process the huge influx of business originating almost exclusively online.

Even before the pandemic crashed into the global economy, remote work or working from home was becoming more common. It certainly wasn’t the dominant way to work in North America, but it was common enough to be considered a feasible alternative to office work for many. However, since COVID-19 appeared, the trend towards working from home accelerated so much so that, near the end of this very unpredictable year, it was considered the norm, more so in Canada than the U.S..

In the U.S., it was almost as if COVID-19 didn’t exist, at least in terms of the metrics measured on the site. The jobs inventory, job seeker interest and CPC markers all remained stable throughout 2020.

In Canada, the data was markedly different and the most searched for terms in this category were “Remote” and “Work from Home Customer Service”.

While average CPC remained stable throughout 2020, both inventory and job seeker interest on the Canadian site surged. Inventory peaked in June and July, with 46% more inventory than 2020’s first quarter. By September/October, Canadian job seeker interest in Remote and Work from Home titles increased a whopping 100% compared to the rest of the year.

Explaining the discrepancy in the North American numbers can at least partially be attributed to how Governments in both countries approached the pandemic. “Canada seemed to embrace the ‘Work From Home’ concept as the communication from Federal and Provincial governments were clear and action was decisive,” said Paul Dergousoff, Senior Strategist at Talent.com. He also noted businesses’ revamping their operations to cater to this new reality, saying “...many work spaces quickly adjusted their infrastructure to continue operations. As these restrictions became looser, further adjustments were made with reduced capacity in offices to allow those that wanted/needed to work collaboratively to do so, safely.”

As the pandemic progressed into the spring, the expansion of e-commerce increased with it. Accordingly, as the need for workers increased to satisfy customer demand, businesses were forced to increase warehouse positions. This trend was borne out in both the U.S. and Canada.

For 2020 searches in the U.S., the main job title combinations sought out were “Warehouse Worker”, “Package Handler” and “Warehouse Associate”.

In terms of the titles “Warehouse Worker” and “Package Handler,” inventory for these titles spiked a staggering 675%, as businesses pivoted to meet huge demands for customers shopping exclusively online. At the same time, as huge uncertainty surrounding jobs for so many people increased, job seeker interest jumped 496% related to these warehouse titles. Not surprisingly, such robust activity for these metrics generated an increase in average CPC from $0.26 to $0.50.

Going into the third quarter of 2020, the U.S. saw a 224% increase in inventory for these warehouse positions, a 256% jump in job seeker interest and an increase from $0.26 to $0.48 in PPC. Despite the possibility of an end to the pandemic in 2021, Americans continued to seek out warehouse jobs in huge numbers as 2020 came to an end, as reflected in the data.

In Canada, the story regarding warehouse jobs was decidedly different and the main search term was “Warehouse Associate”

Like the U.S., Canadian inventory for warehouse positions dropped at the end of Q1 by 57%, as the pandemic and its all-consuming uncertainty took hold. Also like the U.S., the Canadian site saw an uptick in inventory as spring arrived, reporting a modest 22% increase, high job seeker interest in Q2 as well as a jump from $0.21 to $0.40 in average PPC. But in terms of warehouse positions on Talent searches between both countries, the similarities end there. Since Q2, both inventory and the average PPC have dropped to pre-pandemic levels, as Canada didn’t see the huge increases across the board for warehouse positions as in the U.S.

With the increase in metrics across the board for warehouse positions (even if the data shows a large discrepancy between the U.S. and Canada numbers), one might expect a corresponding increase in customer service jobs in both countries as well. However, this simply wasn’t the case.

Besides a significant 300% increase in inventory for March to May to go along with a jump from $0.29 to $0.49 in average PPC, the numbers were relatively stable throughout 2020 for these titles.

By contrast, the comparable Canadian data went through the floor, specifically regarding the title “Customer Service Representative”. This term actually fell out of the Top 5 Canadian searches in the second quarter. Additionally, the fourth quarter saw a 70% decrease for the CSR title compared to 2020’s first quarter.

So, why the huge disconnect between U.S. and Canadian numbers for Customer Service titles? A few factors are likely at play. First, the fact that financial aid in the U.S. from the Federal Government was considerably weak may have forced people to continue to go into work, or look for new jobs if their previous ones were wiped out by the pandemic. In comparison, while many Canadians lost their jobs as well, the Canadian Government offered significantly more financial aid, which may have made it easier for Canadians to stay home and collect money as opposed to looking for a new job and braving the pandemic.

As well, a shift in offshoring may have played a role in Canada, keeping more Canadians than Americans at home. According to Dergousoff, the pandemic may have been a money-saving impetus for some Canadian businesses, saying “my feeling is there could have been a shift in offshoring some CSR-related roles, with companies that offer the outsourcing of such services seeing rapid growth as companies adjust to the ‘Work From Home’ structure.” Some companies may have seen offshoring as a more feasible economic alternative, as opposed to entirely re-thinking how certain parts of their businesses had to function in this new COVID reality.

The year 2020 has been unprecedented across society in general and the economy in particular - the recruitment advertising industry was not spared from the upheaval. Despite relatively stable job seeker interest in both countries, the examination of 2020 becomes more complex when accounting for inventory and PPC fluctuations, in both the U.S. and Canada. Dergousoff explained further:

“The year of 2020 has had its share of ups and downs and it's interesting to see the impact on recruitment. As confidence dropped during the first wave of Covid-19, it was quickly followed by a resilient increase as companies adapted to new realities. What I found a little surprising was that you'd expect to see an increase in Remote/Work From Home jobs as the year progressed. However, this was only true for the Canadian market. In the US, inventory in this sector remained consistent all year.”

Whether this trend of resilient U.S. inventory persists into 2021 is anyone’s guess, but if 2020’s fourth quarter is a reliable future indicator, that is certainly possible. “Fourth quarter seasonal hiring was very strong which had a direct impact on our increased PPC’s and job seeker interest on the site” said Cindy Klein, VP Agency Sales, Talent.com.

What we do know is that the pandemic will continue even after the calendar flips, which means the online realm will be a necessary stop for both job seekers and job advertisers alike. With job seekers hunting for the best opportunities, recruitment marketing should remain a key aspect of any company’s personnel strategy going forward.

In order to feed ever-growing candidate pools, tools such as programmatic platforms will be leaned on more than ever, in order to streamline the hiring process by segmenting both job demands and talent supply based on needs, skills and locations. Then again, if 2020 taught us anything, it is to expect the unexpected. Recruitment advertisers, employers and job seekers alike should all heed this lesson in order to be ready for whatever 2021 throws our way.